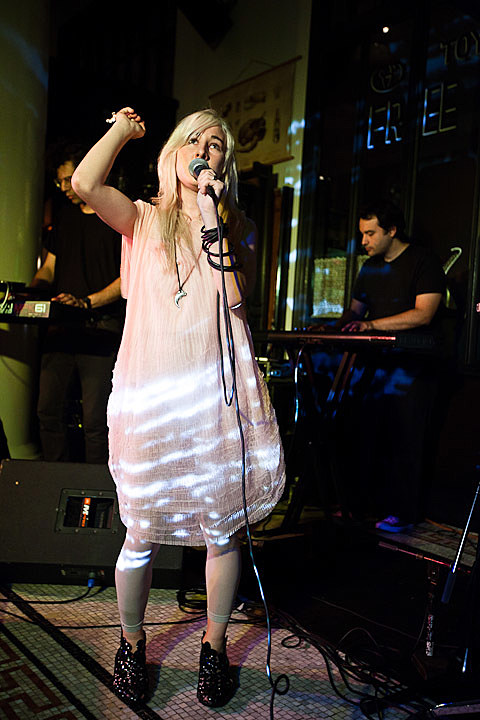 Zola Jesus (aka Nika Roza Danilova), who is one of the many artists playing the just-announced Sasquatch! Music Festival, kicked off her tour this week and hits The Parish in Austin tonight (2/3) with Talk Normal (who she is on tour with) and Technicolor Hearts (who we last caught during free week). Tickets are still available. The show poster is below.

Zola Jesus contributed guest vocals to the song "New France" off Orbital's first new album in eight years, Wonky, which is due out April 3 in the US. Listen to that song below. Listen to two other new Orbital songs with more album info and tour dates at BrooklynVegan. 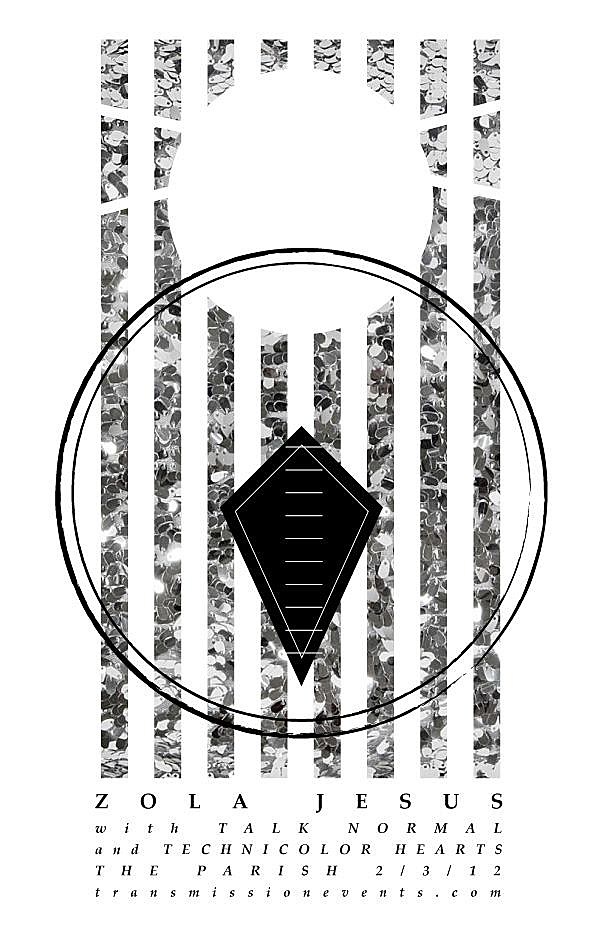