photo 1 hour before unveiling via ACL 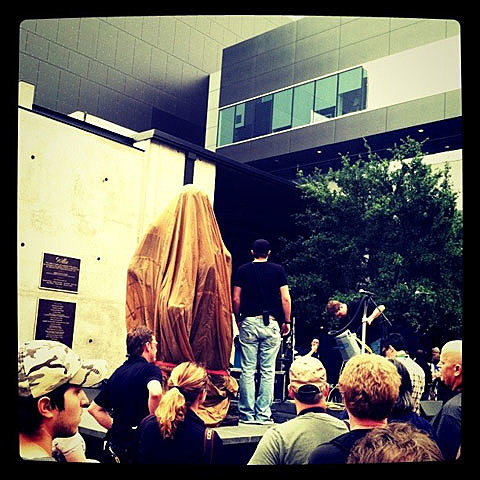 Willie Nelson has released a new version of his country song, "Roll Me Up And Smoke Me When I Die," featuring rapper and fellow marijuana enthusiast Snoop Dogg just in time for - what else - April 20.

Also on Friday, Nelson is expected to attend the unveiling of an 8-foot bronze statue of himself in Austin, Texas. The date and "4/20" is a symbol of cannabis subculture and as a day of protest for the legalization of pot use.

The Grammy-winning country star's Austin monument was commissioned by Capital Area Statues Inc., a group of writers, film producers and musicians. One of its founders told the Associated Press that April 20 was picked as the date for the unveiling because Nelson was scheduled to perform in the city that night, not because of the counterculture significance. The event also takes place 10 days before his 79th birthday. [OTRC]

UPDATE: Around 4pm, Willie arrives on the scene (watch it live): 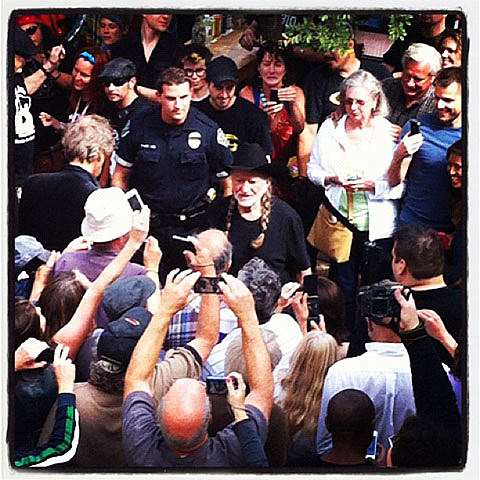 UPDATE 2: The statue has been unveiled and Willie performed two songs including the new "Roll Me Up" tune live for the crowd. 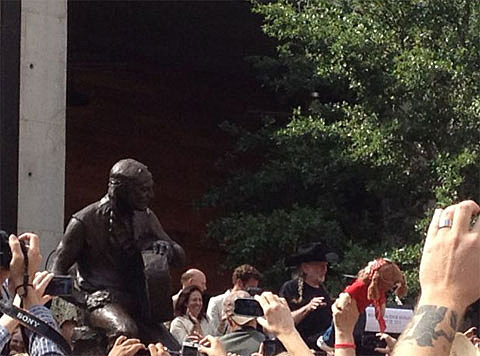 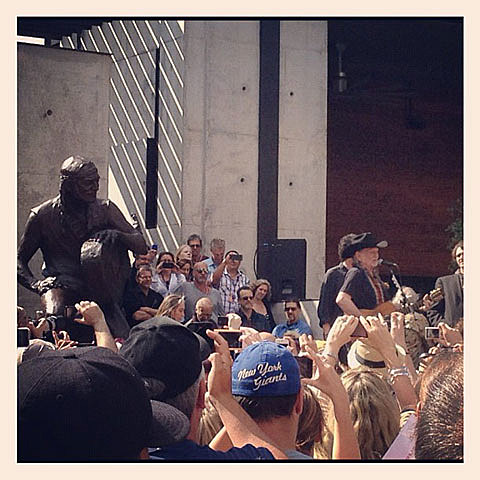 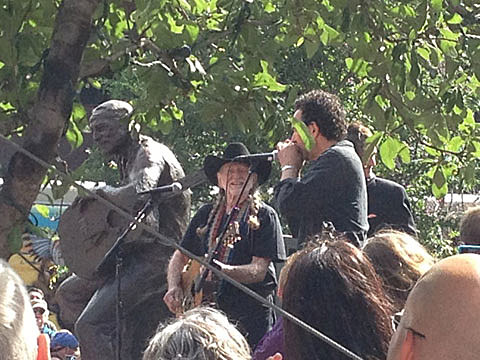