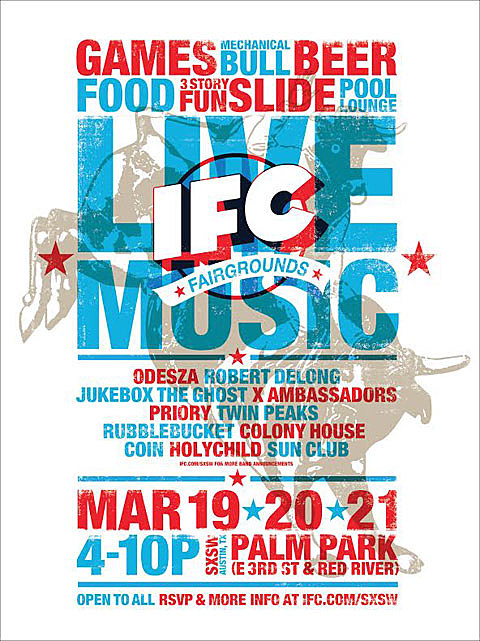 Though some official showcases sell tickets at the door, your best way in to the shows is with a festival badge or wristband. Those are expensive and hard to get though, so we're giving away a pair of SXSW wristbands, courtesy of IFC Fairgrounds! BrooklynVegan is also giving away a pair, courtesy of the same fine folks, so that's four wristbands we have to give to you total! Details on how to enter the BV Austin contest are below.

IFC Fairgrounds is returning to Austin during SXSW from March 19-21, featuring rides, food, carnival games, giveaways and, of course, live music. It's free to attend, but you do need to RSVP. You can check out the line-up in the post above, and listed below.