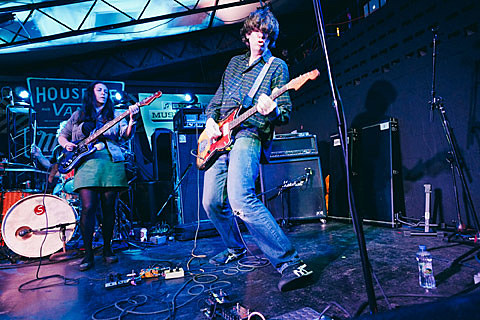 Thurston Moore's new band Chelsea Light Moving, who finished up their tour in Boston tonight (4/7), visited Austin for SXSW. While in town they played "House of Vans" at Mohawk, in Waterloo Records' parking lot, and inside Mellow Johnny's Bike Shop for KEXP. You can watch live video from the latter, and a video of Thurston talking about how much he loves Waterloo (where you can stop by on Record Store Day to pick up a limited Thurston Moore & Loren Connors release), below...