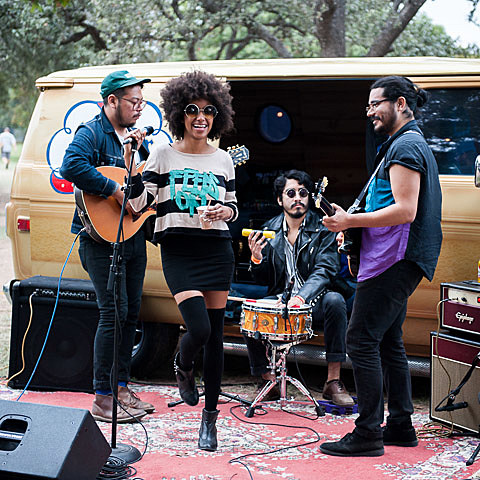 Shiner Beers, who we recently teamed up with for a free show in NYC and who will join us at our upcoming Austin day parties, were also a sponsor of Fun Fun Fun Fest in Austin this year. At that fest that they asked musicians to play one song in front of their parked van. They dubbed the high quality results "Shiner Van Sessions", and today we premiere one of them, and another two at BrooklynVegan.

The TonTons, who play a Waterloo In-Store on 2/28 and a lot of SXSW shows (listed below), took on "Lonely" for their session. The track's studio version can be found on their new album Make Out King and Other Stories of Love which was just released on 2/18. Watch and listen to the sultry in-front-of-a-van version, below...