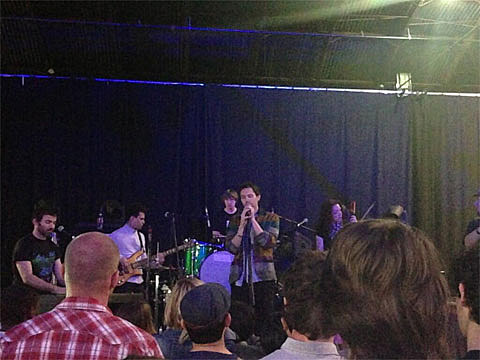 The mysterious Sade-channeling Rhye, who have a handful of North American dates scheduled this month, played very few SXSW shows this year (we tried to get them on the Saturday BrooklynVegan day party but then found out they were flying out of Austin on Saturday morning). One of their shows was for Pitchfork who say it didn't go super well due to feedback and flu issues, though "he pushed through to deliver a strong vocal performance".

And being that Rhye played so few shows and none were BV parties, I missed them completely (flu and sound issues included), and so I just searched for some video but only found one, but also a session they did for Boiler Room in LA. You can watch both below...