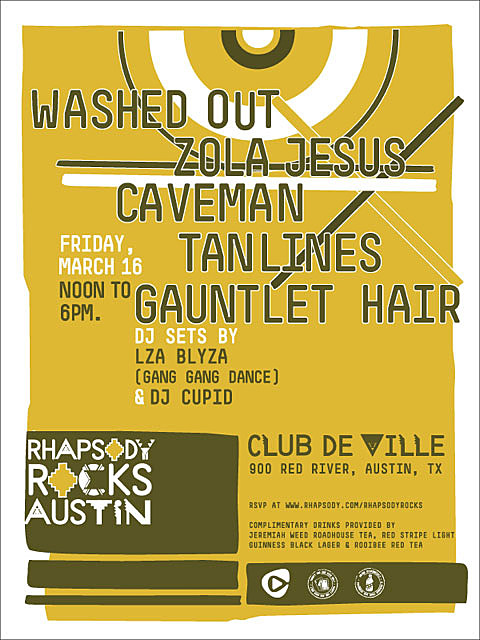 If you've been watching this season of Portlandia and are already familiar with Ernest Greene's Sub Pop-signed project Washed Out, then you probably recognized the theme song as "Feel It All Around" (watch the video below). I wonder if he'll play that song out live anymore. We may find out at Club DeVille on March 16th for what will be Washed Out's only SXSW appearance (I think). RSVP for Rhapsody Rocks at Eventbrite.

This is at least three SXSW shows for Zola Jesus who is also playing the Fader Fort and Captured Tracks showcase. She is sadly not playing a BrooklynVegan show this year, though we are proud to say she played one in 2010!