Warpaint in NYC in June (more by Amanda Hatfield) 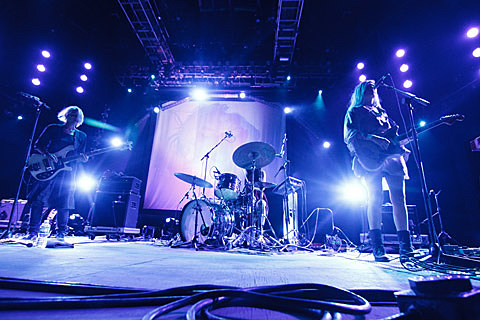 Los Angeles indie crew Warpaint have been touring a lot this year in support of their most recent album. They're hitting the road in August and then again in October, and they'll be coming through Texas twice. They'll stop by for a non-tour date at Utopia Fest (in Utopia, TX) on September 13, which will also feature GZA, Father John Misty, Cold War Kids, Dan Deacon and Kishi Bashi, among others (full lineup on flyer below). Tickets for the fest are on sale now.

Warpaint will then close out their October leg with a show in Dallas at South Side Music Hall on October 22. Tickets for the Dallas show aren't yet on sale but they should be up soon via the venue's website.

Full tour info and more at BrooklynVegan. Check out a Warpaint video below... 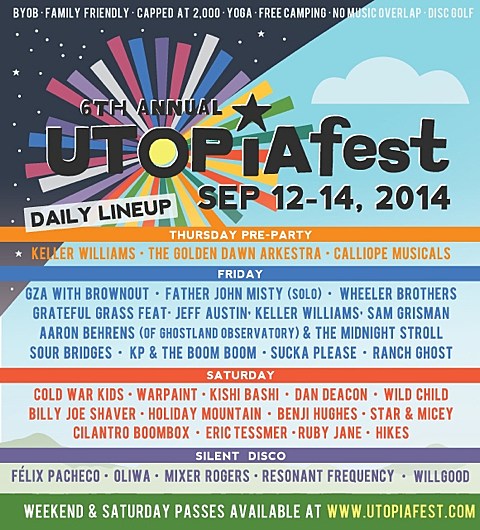