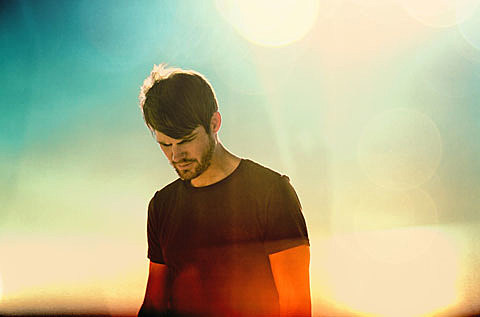 Tycho (aka Scott Hansen) released the very solid Dive LP last year and has been touring in support of it. On April 3, he'll release a 12" single for the album's title track which includes remixes of the song by Memoryhouse and Keep Shelly in Athens. KSiA's remix, which you can download above or stream below, replaces the song's late night highway driving feel with a skittering beat similar to their work on "Campus Martius."

Tycho is currently finishing up a tour in Europe but he'll make his way back over to North America for SXSW, where he's currently got 4 shows scheduled (though more be announced). He'll play a Terrorbird/Force Field party on March 14 at Red 7, an IODA party at Red Eyed Fly on 3/14 with The Wedding Present, Thee Oh Sees, Polica, and others, and the Ghostly International Official Showcase at Club Deville on 3/14 with Matthew Dear, Mux Mool, Shigeto, Com Truise, and Choir of Young Believers (that's three shows in one day if you're following along), and a FILTER party at Clive Bar on 3/16 with Grimes, YACHT, New Build, and MNDR. You can view those dates in list format below.

Keep Shelly in Athens also have a tour coming up which hits Austin on April 11 at the Mohawk. Tickets are still available.

All dates and remix stream below...