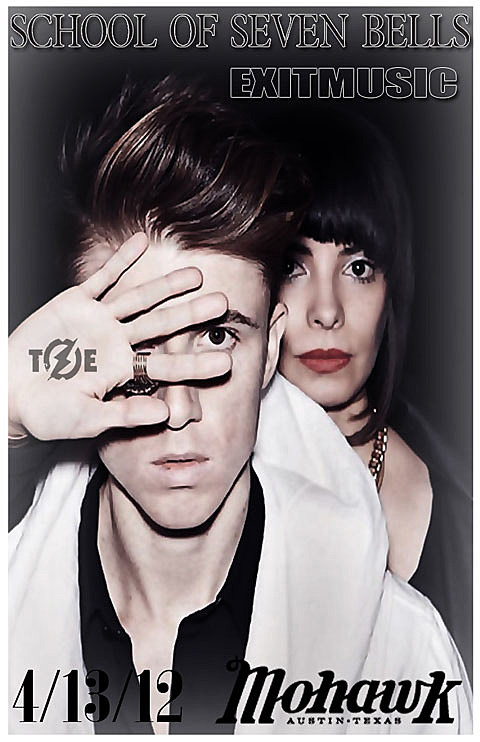 Canadian rock band Plants & Animals announced an April tour, and though it doesn't have any Austin dates on it, they will be here for SXSW (a festival they are no strangers to). Listen to a track from their new album The End of That (due February 28 via Secret City Records) at BrooklynVegan.

Canadian rock band (the more melodic folk kind) Great Lake Swimmers announced a May tour with Cold Specks that has them inside Stubb's on May 23 (one day after they play Prophet Bar in Dallas). Tickets for the Austin show go on sale Friday. The tour doesn't mention it, but maybe Great Lake Swimmers will be here for SXSW too. Listen to one of their new songs at BrooklynVegan.

NYC bands School of Seven Bells and Exitmusic just announced a tour that will keep them in Texas for at least four days. Their current three-show schedule looks like this:

Tickets for the Mohawk show (postter above) are on sale. Listen to a new SoSB song at BrooklynVegan.

Meanwhile the Mohawk hosts a show with Graveyard TONIGHT (1/25) and we're giving away a pair of tickets.