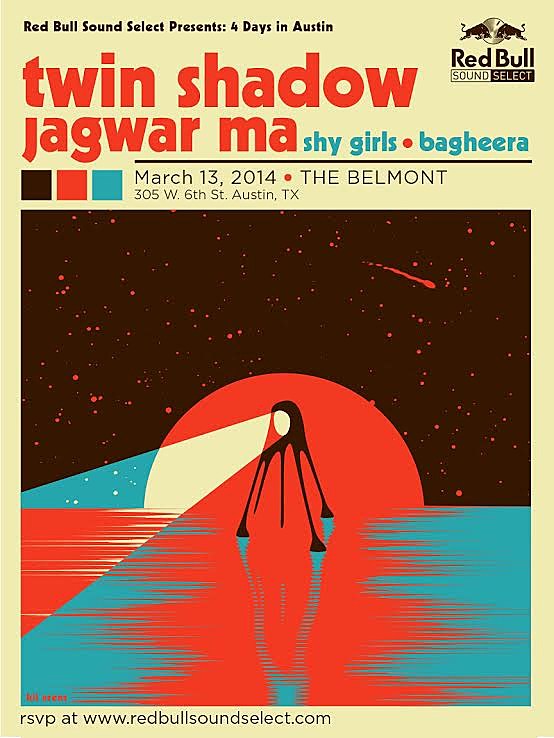 As mentioned, Red Bull is setting up shop again in Austin during SXSW, with four days of exclusive non-SXSW shows. They already announced that Earl Sweatshirt was headlining the first night. It has now been revealed that Twin Shadow and Jagwar Ma will be playing the second with Red Bull Sound Select artists Shy Girls and Bagheera. To get in, you need to RSVP.