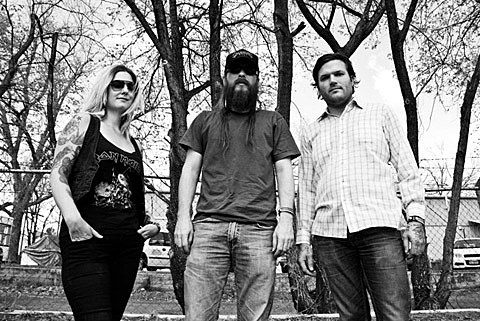 True Widow's heavy shoegaze will be featured at a Melvins/Unsane after-show at Mohawk on April 19th, when the band will be joined by like-minded yet wholly different French shoegaze-BM crew Alcest (who played Austin as part of the BV-BBG day party during SXSW). Tickets for both the Melvins show AND the after-show are still available.

Following that Mohawk show True Widow will play four more Texas shows before hitting the road for a string of dates that hits the East Coast. All tour dates are listed again below.