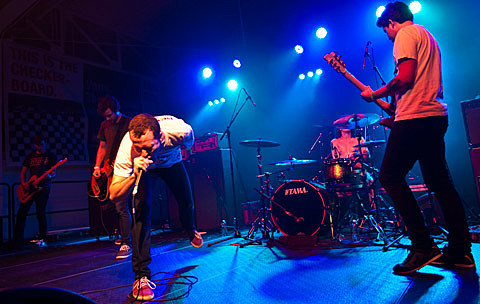 LA's post-hardcore band Touche Amore will put out a new album, Is Survived By, on September 24 via Deathwish. They'll also be on the road, opening for AFI this fall. The tour hits Houston on October 17 at Warehouse Live and Austin on October 18 at Mohawk. Tickets for both Houston and Austin go on sale Saturday (7/27) at 10 AM.

All tour dates and Touche Amore LP info BrooklynVegan. A trailer for the new album below...

Touche Amore - Is Survived By Trailer