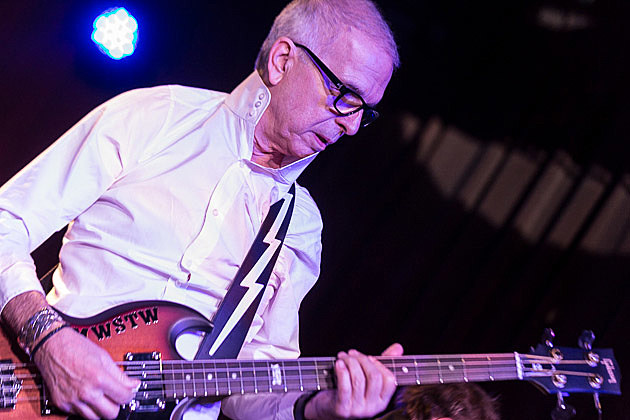 SXSW will have multiple keynote speakers this year, and the first to be announced is longtime David Bowie collaborator Tony Visconti. The announcement reads...

For the first time ever, the South By Southwest (SXSW) Music and Media Conference and Festival will offer multiple keynote speakers. SXSW is honored that the first to be announced is Tony Visconti. Mr. Visconti's opening keynote will take place on Wednesday, March 16, 2016 at 11:00 a.m. in Room 18ABCD of the the Austin Convention Center.

Tony Visconti has been hailed as one of the most important producers in the history of Rock and Pop. David Bowie's "Young Americans" and "Heroes" are masterpieces, while "(Bang a Gong) Get It On" and "Cosmic Dancer" by T. Rex are true cornerstones of rock and roll.

As the above quote points out, Tony produced the final Bowie album He's also been touring with his band Holy Holy, playing Bowie's The Man Who Sold the World in full.