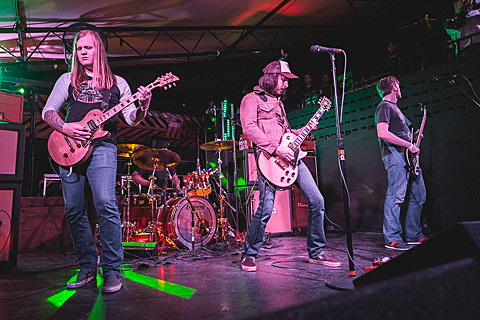 Three bands who recall the proto-metal/heavy psych era, The Sword, Kadavar and All Them Witches, are touring together this year. The tour hits Texas on October 9 at Gas Monkey Live! in Dallas (tickets) and October 10 at Mohawk in Austin (tickets). It was announced that it would hit Fitzgerald's in Houston on 10/11, but that venue is closing at the end of August. There doesn't appear to be word yet on a new venue.

All three bands will be supporting new albums. The Sword's is High Country, which we're giving away on vinyl and CD (with a t-shirt too). More details on that HERE. More tour details and all dates HERE.