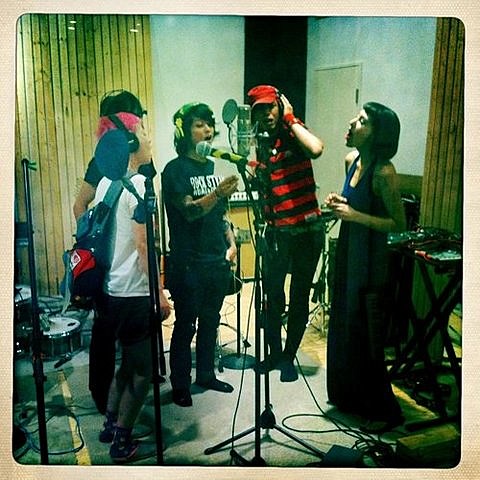 Austin band The Octopus Project will be going on a North American tour this fall surrounding their appearance at hometown festival Fun Fun Fun Fest. FFF Fest is their only announced Austin stop on the tour at the moment, but they've also got other TX dates at Grand Stafford Theatre on September 21 in Bryan and Trees on September 28 in Dallas.

The band are currently working on a new record and that's them pictured above with Peelander-Z who are contributing backing vocals to the album. More details on that to come.

A list of all dates and a video from their Hexadecagon show at SXSW 2010 are below...