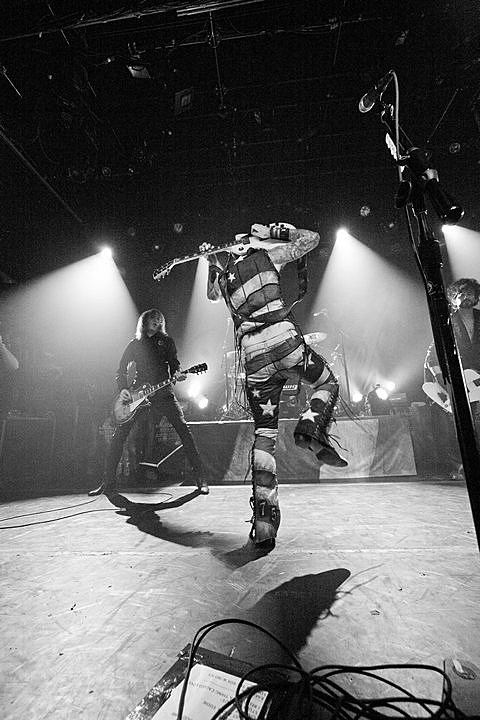 Last night (2/6), Irving Plaza was witness to call-and-response sing-a-longs with the audience, epic guitar solos played while riding a roadie through the crowd, and a trust fall into the congregation. And that was just one song. It could only be The Darkness.

This was the second of two nights at Irving, their first NYC shows in five years or so. (We have pictures from Saturday too.) It was also after that Superbowl ad thrust the band back into public conscious, but it didn't seem like anyone there had forgotten about them. This crowd -- which included Dee Snider -- was primed to rawk and frontman Justin Hawkins had them eating out of the palm of his hand. When he yelled "I wanna see some thumbs!" we instantly obliged. [BV]

The Darkness play Stubb's tonight (5/25) and tickets are still available. The band have almost finished up their current North American tour which wraps up at the House of Blues in Dallas on Sunday (5/27) and tickets are still available for that show too. They then fly to Europe where they'll be tour openers for...Lady Gaga? It's true. All Darkness tour dates are below.