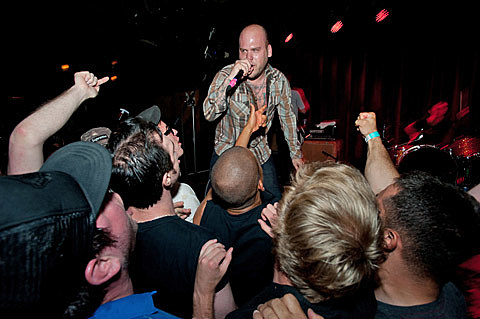 Look out, the wild animals in The Bronx will once again be uncaged and let loose upon the states. The LA punk crew have select dates in the US scheduled for August/September that include a stop in Austin at Red 7 on August 31st for a show with American Sharks. Tickets are still available. The shows leading up to said Red 7 appearance will be with none other than Refused, though that Swedish crew is saving their Austin energy for their appearance at Fun Fun Fun Fest.

Speaking of Refused, check out a live video, below, of the band performing a pair of Black Flag classics with Keith Morris of OFF! (who are on their way to Austin too). All tour dates for The Bronx, which include a stop in NYC for Riot Fest, are also below...