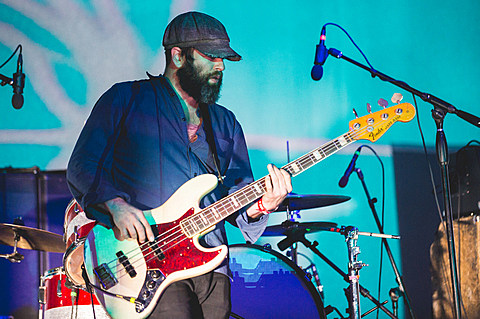 If you've ever been to Texas, chances are you've had Lone Star - its "national beer." Austin psych rock band The Black Angels and Old 97's are slated to play the multi-city Lone Star Beer Texas Heritage Festival this month. The festival comes to Houston on August 15 at Silver Street Studios, Dallas on August 22 at Gilley's, and Austin on August 29 at Fair Market. Also on the all-Texas bill are Grupo Fantasma, Dale Watson, and Latasha Lee & the Blackties.

The festival is free but since the event is subject to capacity, you can donate $25 for guaranteed entry. 100% of the donations will go to charity.