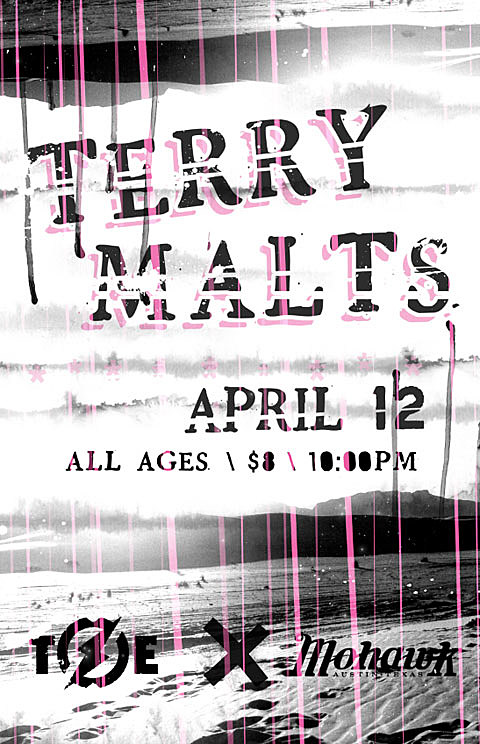 With their debut album, Killing Time (which you can stream in full on Spotify), released to the public this past February (via Slumberland), post-punk fuzzstorm outfit Terry Malts are currently touring. Wrapping up a trio of Texas shows tonight at Mohawk with One Hundred Flowers and Rayon Beach, the band played Dallas's Club Dada on 4/10 and Houston's Mango's last night (4/11).

Download their track "Nauseous" above, and check a video with the rest of their tour dates below.