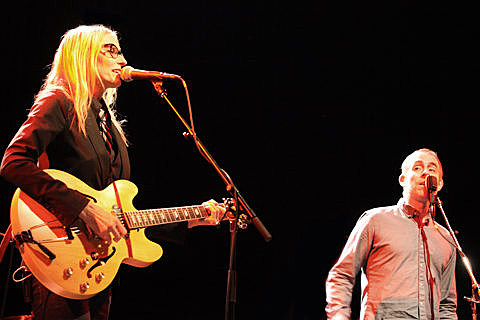 Ted Leo and Aimee Mann, who have a history of touring together, will do it again this fall. While performing separate sets and not as their collaborative project #BOTH, we can expect that the two will take the stage together at some point. They will kick off the tour in Austin on September 27 at Paramount Theatre, then play two more Texas shows in Dallas on September 28 at Granada Theatre and in Houston on September 29 at House of Blues. Tickets for Austin, Dallas, and Houston are on sale now.

All dates listed below, along with some videos.

Ted Leo and the Pharmacists - "Bottled In Cork" (OFFICIAL VIDEO)