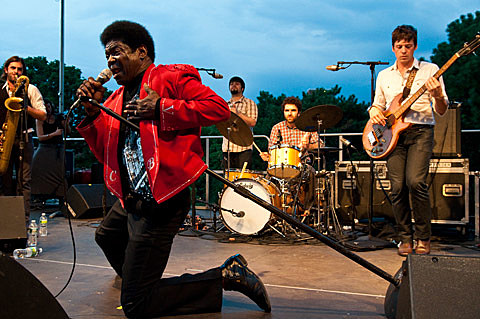 SXSW, which yesterday (2/8) expanded its film line-up with a host of Midnighters and short films, is featuring numerous music films, as always, at this year's festival. Bob Marley, Ginger Baker, Bad Brains and Charles Bradley, among others, will be the subjects of forthcoming documentaries at the film portion.

First up is Charles Bradley: Soul of America, a documentary detailing the rise of Charles Bradley in the time leading up to the release of No Time For Dreaming

Charles Bradley: Soul of America captures the extraordinary late in life rise of 62 year old aspiring soul singer Charles Bradley, whose debut album, "No Time For Dreaming," took him from a hard life of poverty, homelessness and tragedy and rocketed him onto Rolling Stone magazine's top 50 albums of 2011. This documentary follows Charles from his 62nd birthday through the electrifying and transformative months leading up to his unprecedented debut, world tour and ultimate triumph over an impossible dream 48 years in the making.

Check out a trailer below.

Marley will detail the life story of the iconic reggae legend, compiling "rare footage, incredible performances and revelatory interviews with the people that knew him best." Director Kevin McDonald (Last King of Scotland, State of Play, Touching The Void, etc) is helming the ship and no word on a wider release.

Ginger Baker of Cream/Blind Faith is profiled in Beware of Mr. Baker

Ginger Baker is known for playing in Cream and Blind Faith, but the world's greatest drummer didn't peak until 1972, when he arrived in Nigeria and discovered Fela Kuti's Afrobeat. After leaving Nigeria, Ginger returned to his pattern of drug-induced self-destruction, eventually settling in South Africa, where the 73-year-old lives with his young bride and 39 polo ponies. This documentary includes interviews with Eric Clapton, Steve Winwood, Carlos Santana and more. Beware of Mr. Baker! With every smash of the drum is a man smashing through life, and smashing the filmmaker's nose on the last day of filming.

Bad Brains is the focus of Bad Brains: Band in DC, set to premiere at SXSW

Despite the troubles of an eccentric front man they have stayed together for 30 years without ever reaching the level of success so many think they deserve. Using rare archival footage and original comic illustrations the film re-constructs Bad Brains' rich and complicated history.

Check out a trailer for the movie below.

Edward Sharpe & The Magnetic Zeros, Old Crow Medicine Show, and Mumford & Sons will also be the focus of Big Easy Express, a documentary on the tour these bands took together on a train. 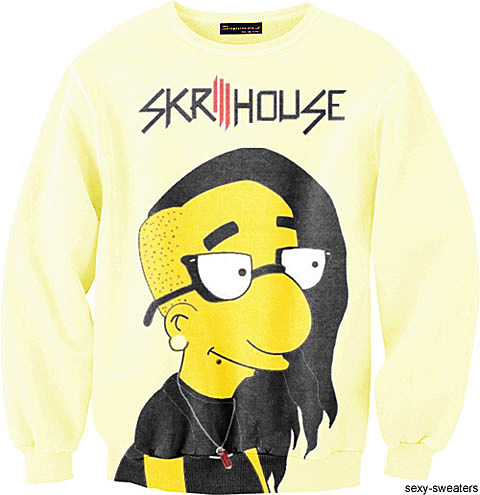 RE:Generation , follows DJs Pretty Lights, Skrillex, DJ Premier, and Mark Ronson as they each record with genre diginitaries outside-- if only ever-so-slightly-- of their comfort zones, including Mos Def, Nas, the Dap Kings and Erykah Badu. If you find yourself without an event pass and utterly distraught that you'll never know what a collaboration between Skrillex and the remaining members of the Doors sounds like, there will be a limited cinematic run of the film this month on (2/16) and (2/23). Or, you can just download the soundtrack for free. Check out more details on its major release here.

To commemorate the 25-year anniversary of his seminal Graceland, Paul Simon returned to South Africa to reunite with the orignal session musicians and perform together once more in Under African Skies. Director Joe Berlinger and Simon also look to reexamine the cultural controvery of recording in South Africa amid the strains of apartheid, with commentary from Harry Belafonte, David Byrne, and Paul McCartney.

Bob Gruen, the photographer most likely responsible for your favorite John Lennon poster back in college, is having the tales behind his ubiquitous images revealed in Rock 'N' Roll Exposed: The Photography of Bob Gruen. Many of the artists he helped reveal to the world reflect on his work, including Iggy Pop, Debbie Harry, and Yoko Ono.

While the death of Alex Chilton 3 days before Big Star's schedueld SXSW set cast a pall on 2010's festival, the inclusion of the documentary Big Star: Nothing Can Hurt Me looks to celebrate the Memphis legends befttingly. Boasting "never-before-seen footage and photos of the band," the film looks to chronicle Big Star and their undeniable influence on rock, evening presenting a "rousing musical tribute by the bands they inspired," echoing the elagaic SXSW tribute set played by various musicians with the remaining members of Big Star two years ago. Big Star's Third, a Third tribute group who played in NYC, will also be performing at this year's SXSW.

On the non-documentary tip, The Comedy, which made its premiere at Sundance, also plays at SXSW this year. As posted on BrooklynVegan:

Shut Up and Play the Hits, the new LCD Soundsystem documentary that also premiered at Sundance, does not appear to be screening at SXSW for some reason. In related news, Tim & Eric graced Austin with their presence last night (2/8).

View the entire SXSW Film lineup, including 21 Jumpstreet, at their site, and check out some trailers and clips below.

The Comedy (Clip) from rick alverson on Vimeo.

Big Star: Nothing Can Hurt Me