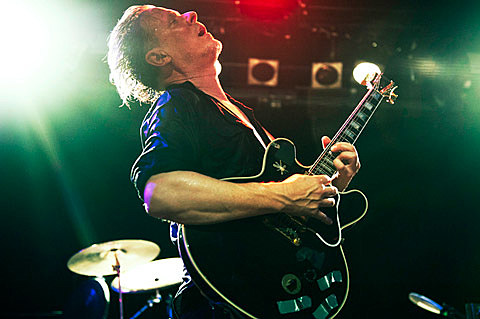 Swans will be on the road in September, playing a string of dates after the release of The Seer, the band's new double album due in late August. The shows include stops on the west coast, midwest and a stop in Austin for a visit at La Zona Rosa on September 14th with special guests Xiu Xiu. Tickets for that show are on sale now.

Speaking of Xiu Xiu, they recently snagged remixes from Deerhoof and Kid 606 for two songs, "I Luv Abortion" and "Joey's Song," respectively. Stream both of those tracks below and preorder that seven inch via Bad Paintings.