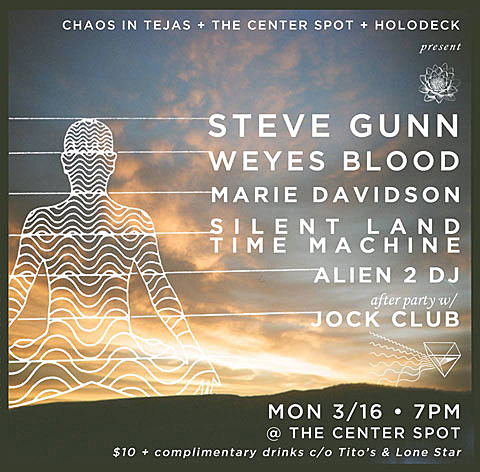 Steve Gunn, who signed to Matador, is on tour now and playing a handful of shows in Austin for SXSW this week. Before the music portion officially kicks off, he plays a show at The Center Spot TONIGHT (3/16) with Weyes Blood, Marie Davidson, Silent Land Time Machine and DJ Alien 2. Plus there's an afterparty with Jock Club. That's $10 at the door and there will be complimentary drinks courtesy of Lone Star Beer and Tito's.

All Steve Gunn dates and more on BrooklynVegan. Watch a recent video below...