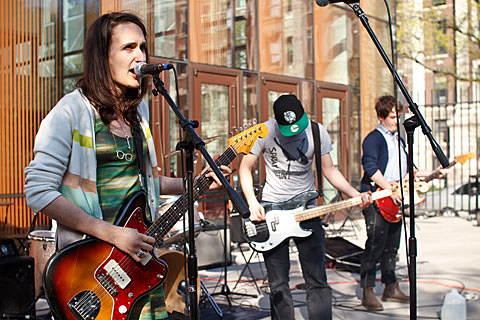 Northampton, MA indie rock four piece Speedy Ortiz are set to release their debut album, Major Arcana, next week (7/9) via Carpark Records, but you can stream the whole album now on NPR. This week, the band is kicking off a tour to support the LP, which will include a stop in Denton on August 1 at J&J's Pizza and one in Austin on August 2 at Mohawk. Tickets for those shows are not on sale yet, but you can check the J&J's and Mohawk sites for updates.

Full tour information and more at BrooklynVegan. Watch a video of the band playing "Tiger Tank" from Major Arcana below...