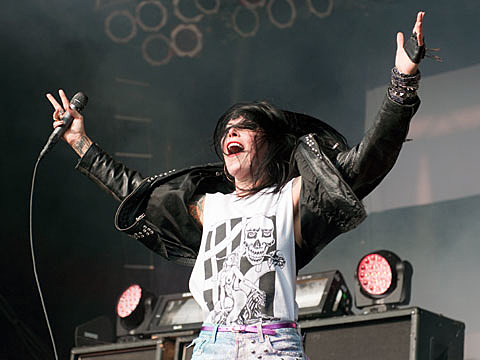 Sleigh Bells have announced the followup to their 2012 album Reign of Terror, Bitter Rivals (due out 10/8 via Mom + Pop), and that they'll be touring with Doldrums in support of it. The tour hits Texas for shows in Dallas on October 26 at Granada Theater and Austin on October 27 at Stubb's. Tickets for the Stubb's show go on sale Friday (9/6). Keep checking Granada Theater's site for updates on that one.

Full tour information and more at BrooklynVegan. The video for the title track off the new Sleigh Bells LP, below...