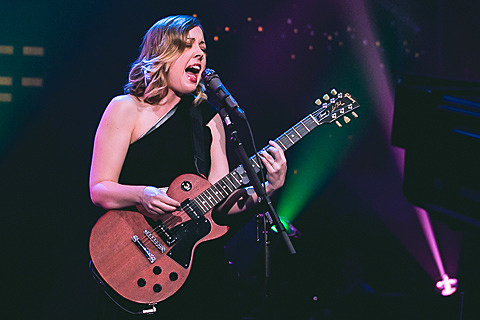 Sleater-Kinney taped an episode of Austin City Limits last night (4/15) and we've got a set of pictures and their 22-song setlist up over at BrooklynVegan. They'll be back in Austin on Friday (4/17) to play Stubb's (VIP tickets are still available).

It's been a somber week for the Austin City Limit's family: ACL's founder Bill Arhos passed away Saturday (4/11) at age 80. After paying his respects to Bill, ACL executive producer Terry Lickona reminded the packed Moody Theater that the show must go on.

Check out all of our Sleater-Kinney ACL pics, plus tour dates, over at BV.