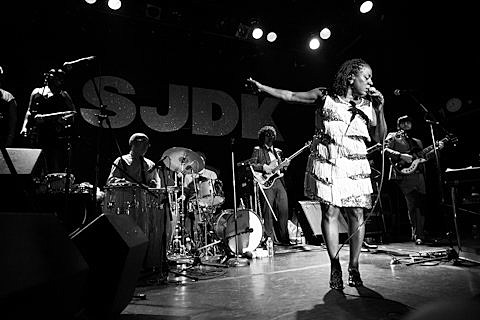 Sharon Jones spent a good part of 2013 battling cancer but, following treatment and recovery, is ready to get back in action with a new album with the Dap Kings, Give the People What They Want, in January. They're also launching a two-month tour soon after which hits Texas for three shows. Houston on February 25 at House of Blues, Austin on February 26 for ACL Live at Moody Theater, and Dallas on February 27 at Granade Theater. Tickets for all three TX shows are on presale through Jones' website and it comes with a copy of the album!

Check out the video for Sharon's new single "Retreat!" below.