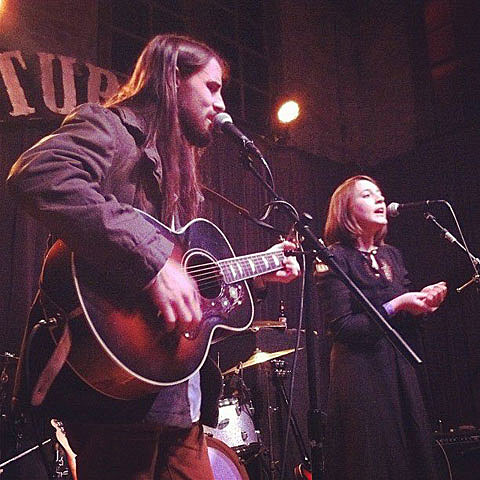 Robert Ellis, who's about to head overseas for a European tour with Dawes, played a show at the Stateside at the Paramount on Friday night (2/3) with Shawn Jones. One night later Robert joined Caitlin Rose on stage for some Louvin Brothers covers at her packed Saturday show inside Stubb's (as you can see in the picture above). UPDATE: and now a video too (below).

Right before she got to Austin, Caitlin played a handful of shows with the Old 97's. Friday night Rhett Miller joined her on stage at Gruene Hall in New Braunfels to help her perform her own song "Shanghai Cigarettes." Watch the video of that, and some from Stubb's too, below...