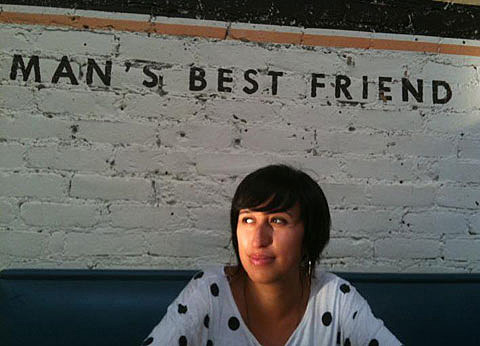 "Austin police are asking for help from the public to find the person responsible for the New Year's Day killing of Esme Barrera in her North Central Austin home.

Monday evening, they released a sketch of a man who may have attacked at least one other woman in the same block where Barrera, 29, was killed...

...According to several social media sites, Barrera was an El Paso native and active in the Austin music scene. She worked part time at Waterloo Records, where employees and friends were grieving her death on Monday.

Barrera was also a teacher's assistant at Casis Elementary where she worked with special needs children for the last five years.

"I am just shocked beyond words," said friend Heidi Knape, who worked with Barrera at Casis. "She was just the most energetic, fun girl that would help anyone out on campus."

She was also volunteer for Girls Rock Austin, a camp for young female musicians."

Tributes are popping up all over the web. You'll find one and a link to more HERE as well as a dedicated tumblr HERE, and update: a blog post by Gerard Cosloy HERE, and update two: a tweet from Ted Leo and Okkervil River and Ringo Deathstarr, YACHT, and Centro-Matic.