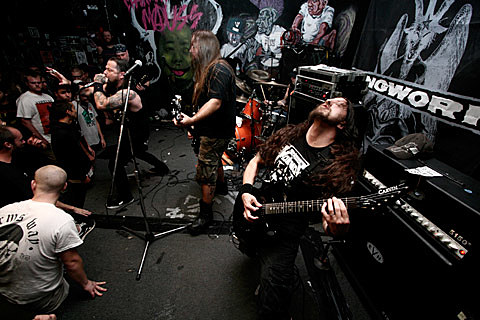 BV-SXSW alums Ringworm will hit the road for a string of dates with Cancer Bats and recent Century Media signees Primitive Weapons. The shows kick off in Ringworm's home state of Ohio and heads down to SXSW for three days of Austin dates. Details on those appearances are forthcoming, as are details on their appearance at Chaos in Tejas (which just expanded its lineup again).

Primitive Weapons recently revealed a new track from their upcoming LP The Shadow Gallery, due on March 13th in the US, March 19th in the UK and March 23rd in the remainder of the EU. Stream that at Pitchfork, and look for the band on the tour dates below.

All tour dates and a recent live Ringworm below...