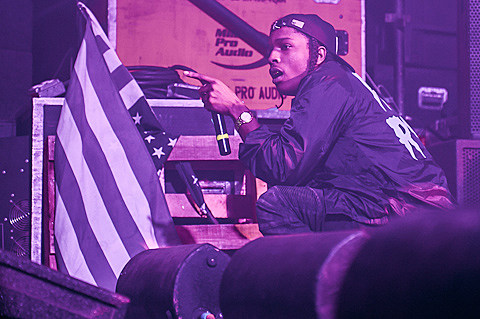 Rihanna and A$AP Rocky are on a tour that was scheduled to hit the Toyota Center in Houston tonight (4/15), but Houston Press reports:

Pop star Rihanna's concert scheduled for tonight at Toyota Center has been postponed due to "illness," according to an announcement Rocks Off recived moments ago from promoter Live Nation.

"Unfortunately, as a result of illness Rihanna is unable to perform this evening at Houston's Toyota Center," the statement said. "Fans are instructed to retain their tickets to this event pending rescheduled show date information."

This must be sudden, because we just got our confirmation for media credentials to cover the show about an hour ago. Interestingly, the statement added that tomorrow's show scheduled for Dallas' American Airlines Center will proceed as planned.