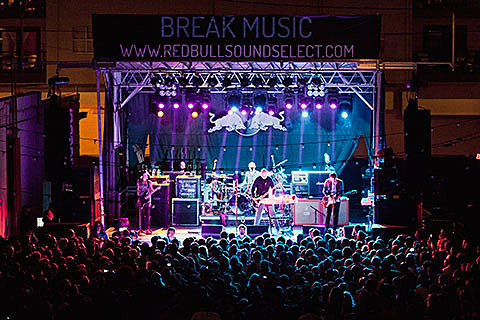 Red Bull Sound Select is returning to Austin with another set of curated shows that just happen to fall during the city's biggest festival of the year. Red Bull Sound Select Presents: 4 Days In Austin will be held March 12-15 at The Belmont, pairing big exclusive headliners with up-and-coming openers.

Of the four, only the first show's line-ups have been announced: Odd Future rapper Earl Sweatshirt headlines with Lil Erb, Thurz, Denitia and Scene, and Thurz opening to kick off the series on March 12. That one's curated by Red Bull Sound Select. All the shows are free with RSVP. Stay tuned for announcements about the rest of the lineup.

RBSS is an ongoing series of shows across the country. The last Austin one was this past Thursday (3/13) at Republic Live with Yung Nation, A.DD+, League of Extraordinary G'z, and Kydd Jones.

Flyer for the Earl Sweatshirt RBSS show below... 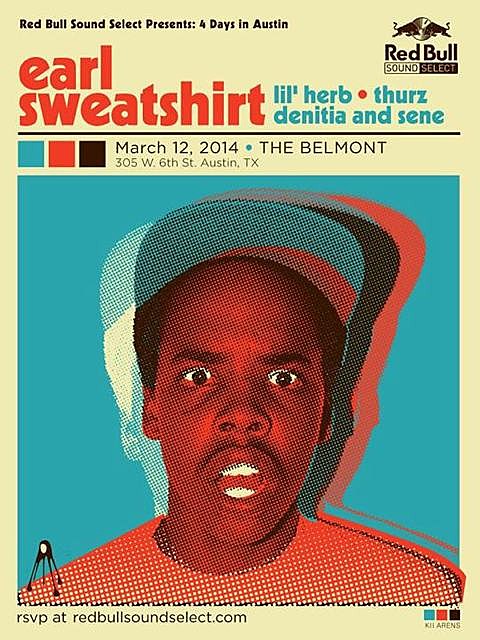