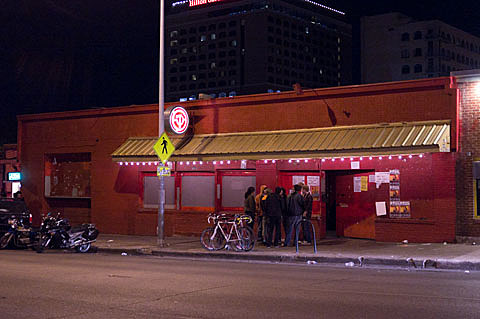 As the Chronicle reports:

Sony has fixed Red 7's plumbing, some electrical issues, and made obvious cosmetic adjustments, basically paying Red 7's rent through March in order to get a jump on SXSW. Cannon was looking forward to their sponsoring tech giant going all out for the Interactive portion of Austin's annual media Olympics."

Oh, and tickets also just went on sale for a 1/28 show with the Ataris.