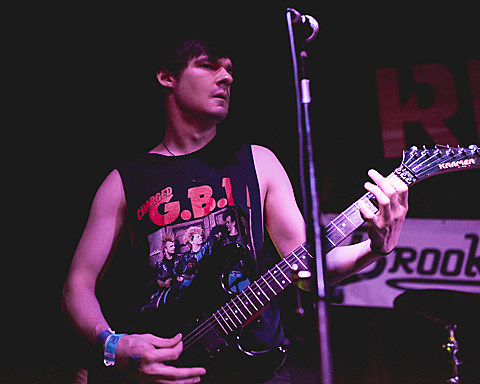 Red 7 will be closing earlier than initially planned, closing up shop at the end of August and now all the shows that were supposed to happen at Red 7 will be moved to Sidewinder (aka the Red Eyed Fly space down the street). Reports Austin 360:

"We had kind of planned on doing a big blowout month, but once we started to get into the nitty gritty of the move out, the discussions with the two groups of people who are our landlords were getting worse and worse and worse, less friendly," Red 7 manager Tyson Swindell said Friday.

To cover their bases and ensure they were able to comply with the terms of the move out, they decided to turn the closing festivities for Red 7 into the opening celebration for Sidewinder, a new club run by a management group that includes managers of Red 7, Transmission Entertainment's Graham Williams and John Wickham from Elysium set to launch this fall. Sidewinder will take the place of Red Eyed Fly on Red River St.

Sidewinder wasn't due to open until October, which is "a little bit of a nightmare," says Red 7's Tyson Swindell but they will get it done. September shows moving to Sidewinder include the Black Lips show on 9/19.

The final show at Red 7 will now be on August 28 with Nashville Pussy, Valiant Thorr and Riverboat Gamblers (tickets) and Sidewinder opens on August 31 with Mutoid Man, Indian Handcrafts and Unmothered.