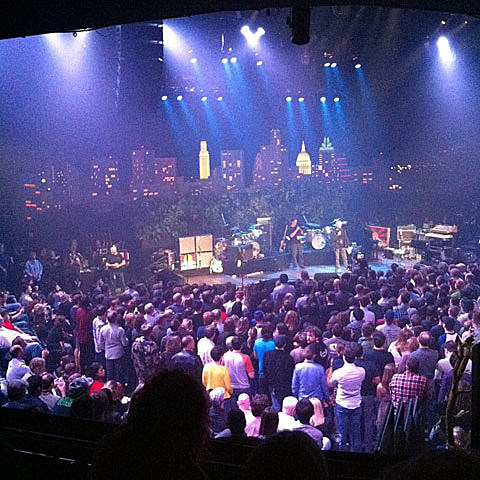 One night after Dallas and one night before their sold out show at the Frank Erwin Center in Austin with Other Lives, Radiohead taped an episode of Austin City Limits at the Moody Theater on Tuesday night (3/6).

Clive Deamer, now Radiohead's 2nd drummer, was with them for the show, his second time playing ACL TV; he also drummed for Robert Plant.

Stay tuned for the air date. Full setlist, and one more picture (by Tim Griffin, via the BV Austin Instagram), below... 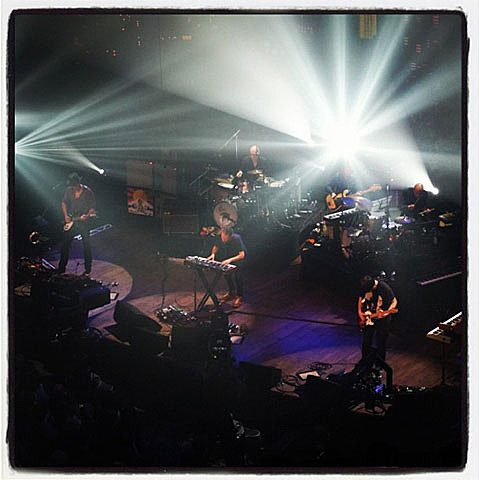 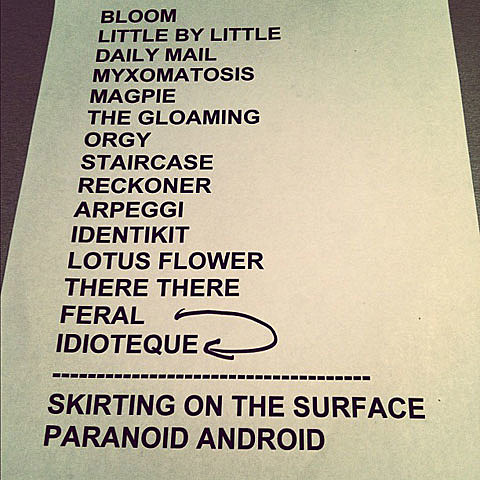