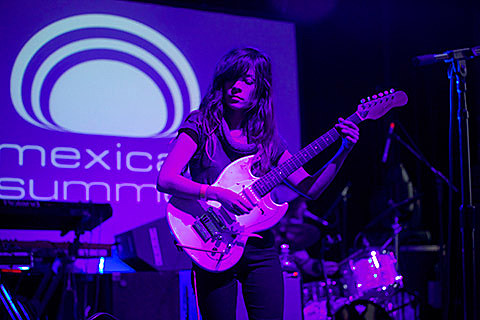 Boston psych folk band Quilt have announced a full North American tour for 2014 in support of their anticipated album, Held In Splendor, out January 28 via Mexican Summer. The tour hits Austin on February 20 at Mohawk, Dallas on February 21 at City Tavern, and Houston on February 22 at Fitzgerald's. Tickets for Dallas and Houston are on sale now. Keep checking Mohawk's website for updates about the Austin show.

Full tour information and more at BrooklynVegan. Stream two tracks from the upcoming album below...