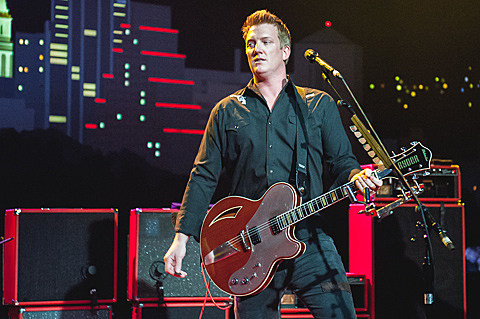 Queens of the Stone Age taped for ACL Live last night (10/3), the day before the festival kicked off (aka today). We made it to the Moody Theater taping and a full set of pictures is at BrooklynVegan.

Some videos (not from ACL), including a cover of Arctic Monkeys who Josh Homme joined on stage in LA one day earlier, below...

Queens of the Stone Age - "Why'd You Only Call Me When You're High?" (Arctic Monkeys cover)