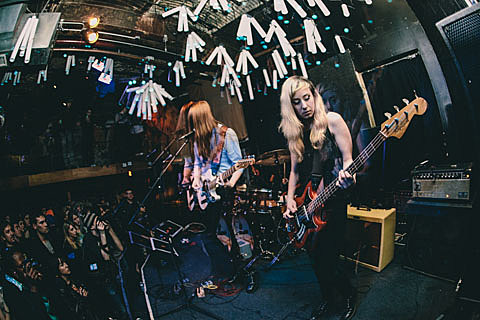 Northampton rockers Potty Mouth have announced their first-ever full North American tour to go down this spring. They'll be in Austin for SXSW, including a show on March 14 at Hole In The Wall and presumably more TBA. Then they'll hook up with the likeminded Swearin' for some dates in June, including a return to Austin on 6/4 at Red 7, then Dallas on 6/5 at Three Links. Tickets for Red 7 are available now. Keep checking the website for Three Links for ticket updates on that one. All dates are listed below.

The band also recently did a studio session with NPR's World Cafe late last month where they played two songs off their 2013 debut LP Hell Bent and two new songs. You can listen to that over on NPR.

Two videos from Hell Bent, with the list of tour dates, below...