Peelander-Z at the Great Googamooga, NYC May 2012 (more by Chris La Putt) 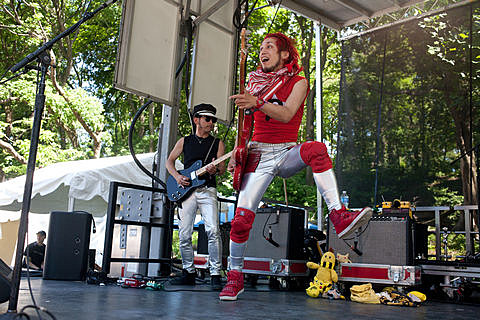 Japanese outerspace superhero punk band Peelander-Z have a couple Austin shows coming up: July 13 they'll be performing a special acoustic show at Guzu Gallery which will be displaying Peelander Yellow's art. The opening happens from 8 - 10PM and is free. The next night (7/14), Peelander-Z in full-on electric form will play Red 7 with Ghost Knife, The Biters and Neon Cobra. Tickets are still available.

Peelander-Z are releasing a new single from their Space Vacation album -- "Get Glasses" -- and you which you can download over at BV as well as enter a contest to win P-Z sunglasses and other fun stuff. Flyer for the Guzu Gallery show is below. 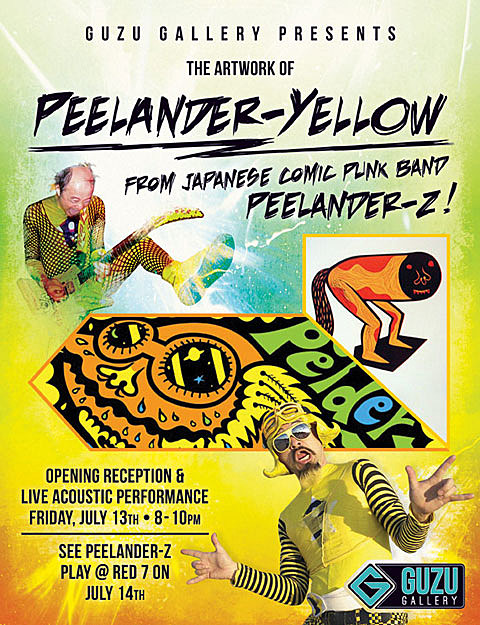