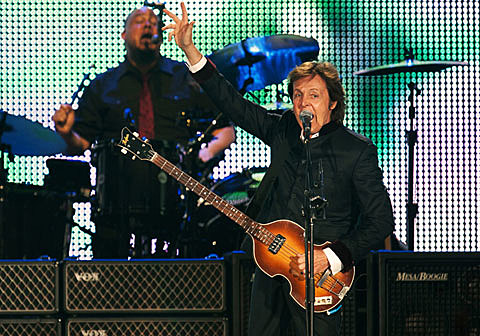 As mentioned on BrooklynVegan, Paul McCartney is beginning to schedule some North American dates for his 2013 'Out There' tour, and he's just announced that the tour will include his first ever Austin show. That show happens on May 22 at the Frank Erwin Center. Tickets for that show go on sale via Live Nation and Texas Box Office on Friday, April 12 at 10 AM with an AmEx presale starting Tuesday (4/9) at 10 AM.

Updated dates are listed below...