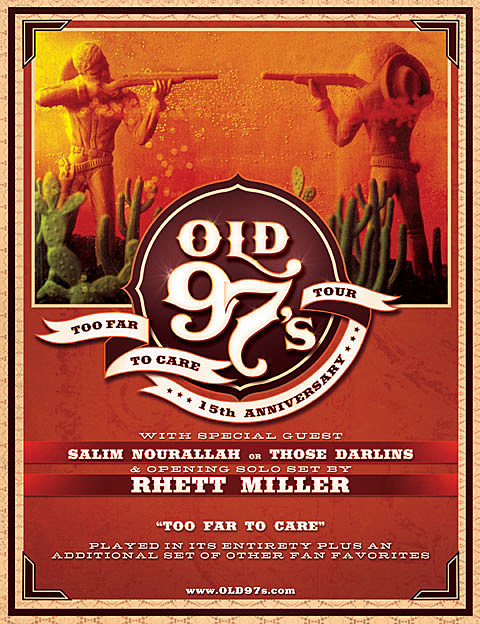 Too Far To Care was a magical moment for the 97's. Starry-eyed and flush with confidence thanks to our brand-new deal with Elektra, we felt no fear, just giddy excitement. An adventurous producer and a world champion A&R guy shepherded us through the recording process. And when it was all over, we had captured our little bit of lightning in a bottle. I love Too Far To Care and can't wait to play it in its entirety across the USA. - Rhett Miller

As discussed on BrooklynVegan, the Old 97's are taking "To Far To Care" out on the road in honor of its 15th anniversary this year. That tour actually kicks off in Texas with four shows, all with Those Darlins:

You'll notice there's no Austin on that list, but that's because the Austin show will take place as part of Austin City Limits in October. All dates and more info at BrooklynVegan.