Rhett Miller at Sasquatch 2014 (more by Chris and Rae Graham) 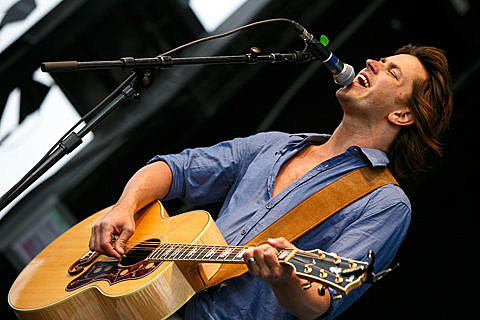 Alt-country veterans Old 97's are touring, and frontman Rhett Miller will be playing some solo shows as well. That includes a handful in Texas for both the band and Rhett solo.

Both Old 97's and Rhett solo will play the Dia De Los Toadies Festival in Fort Worth at the Panther Island Pavilion on September 13. This fest will also naturally include The Toadies (playing Rubberneck in its entirety), as well as Ume, Quaker City Nighthawks, Pleasant Grove, Somebody's Darling, Residual Kid, The Longshots, and Blank-Men. Tickets for the fest are on sale now. Old 97's will next play Moonamp Music Festival in San Antonio on September 27 at Sunken Garden Theater which also includes Ryan Bingham, Marc Ford, Elijah Ford, and The Silent Comedy (tickets). They will wrap up the tour in Austin at Stubb's on October 17. Tickets for that show aren't yet on sale, but they should be up soon via the venue's website.

Rhett will play a solo show in Fort Worth at Shipping and Receiving Bar on August 2, where he'll be joined by CoyoteHead, Salim Nourahllah & the Treefort 5, and Brenna Manzare (tickets). He'll play two shows in one night in Houston at McGonigel's Mucky Duck on September 10, tickets for which are available here and here.

For full tour info for both Old 97's and Rhett, head over to BrooklynVegan. Check out a video of Old 97's playing a recent show in NYC below... 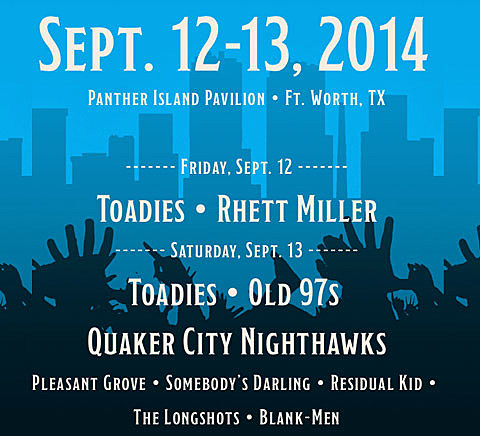