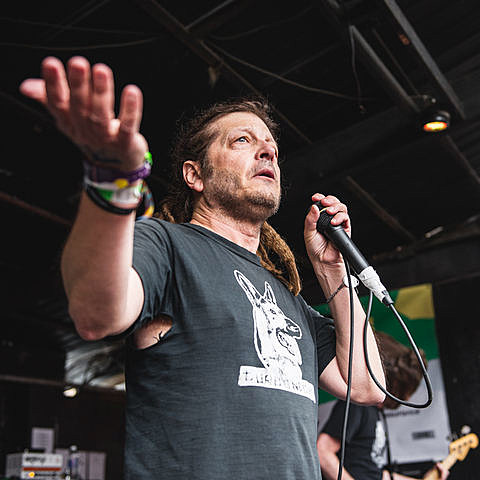 L.A. punk supergroup OFF! will be touring in August with legendary drummer Dale Crover of the Melvins replacing their usual drummer, Hot Snakes/Rocket From the Crypt's Mario Rubalcaba. The tour starts with three TX dates. Keith Morris and co. will hit El Paso for a show at Lowbrow Palace on August 6, San Antonio at Korova on August 8 and Austin at Mohawk on August 9. The tour is with Bad Antics and Gay Kiss, but making the San Antonio and Austin bills even better, another group of veteran punks, The Dwarves, will be opening as well.

Tickets for the San Antonio and Austin shows will go on sale Friday July 11 at 10 AM. Tickets for the El Paso show are not yet on sale but should be available soon via the Lowbrow Palace website.

Full tour schedule and more at BrooklynVegan. Watch a newly-released video from their record release show, below...