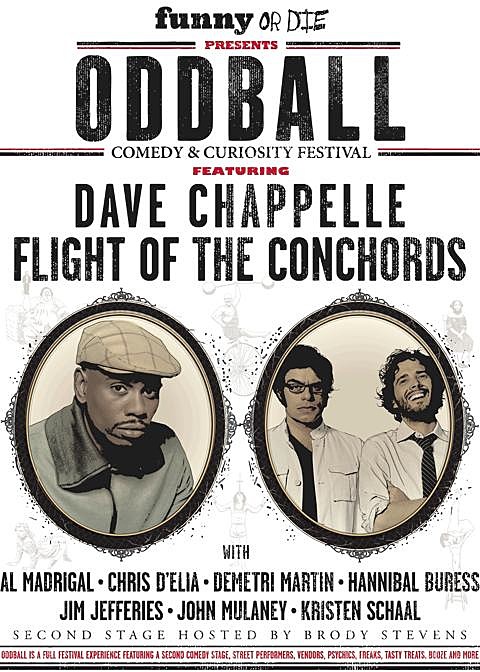 Funny or Die's Oddball Comedy & Curiosity tour will hit 13 cities around the US in August and September. The tour will be headlined by Dave Chappelle and Flight of the Conchords, and also features more hilarity from Al Madrigal, Brody Stevens (who MCs the second stage), Chris D'Elia, Demetri Martin, Hannibal Buress, Jim Jefferies, John Mulaney, Kristen Schaal, and many more.

The festival comes to Texas for three dates, including Austin on August 23 at Austin360 Amphitheater, Houston on August 24 at Cynthia Woods Mitchell Pavilion, and Dallas on August 25 at Gexa Energy Pavilion. Tickets for all three shows go on sale Friday (6/21) at 10 AM.