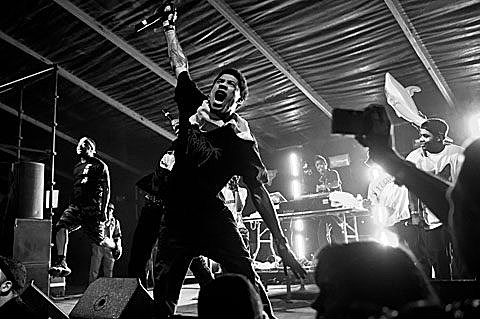 Rowdy rap crew Odd Future are kicking off the month of December this weekend with a five-date mini Texas tour. The tour begins in El Paso on Sunday (12/2) at Tricky Falls (tickets), then hits Houston on Tuesday (12/4) at House of Blues (tickets), Dallas on Thursday, December 6 at Palladium Ballroom (tickets), Austin on Friday, December 7 at Emo's East (tickets), and ends in San Antonio on Saturday, December 8 at White Rabbit (tickets).

The TX dates are the only announced Odd Future shows remaining for 2012, except for their third annual Christmas show in their home state of California later in December. You can check out a list of all dates and a video for Earl Sweatshirt's new track, "Chum," below.