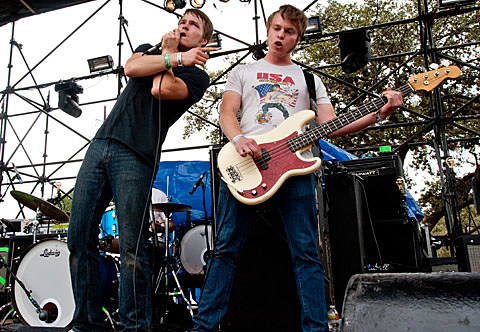 Rising Austin band OBN IIIs have three local shows coming up soon, including one TONIGHT (12/28) at Emo's with Video and Wiccans. Tickets for tonight's show are still available, and it's one of the last at the venue, ending with Killdozer's show on 12/30.

OBN IIIs will be featured on the second installment of the upcoming Matador singles series, and their 2011 record (available at eMusic) made the year end lists of a few of the people at Matador Records, as did Brooklyn's The Men, who will also be featured in their singles series too.

One of the lists OBN IIIs appeared on is Austin's own Gerard Cosloy's list, which also includes Wiccans, who open the Emo's show tonight. OBN IIIs also played Gerard's party at Beerland earlier this month. Did you catch it? How was that one?