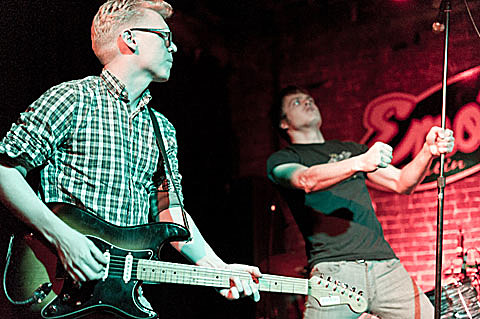 As mentioned on BrooklynVegan, Ty Segall will kick off a tour with Ex Cult later this month which swings through Austin on January 25 at Mohawk for a show which local greats OBN III's are opening. Tickets for that show are on sale now.

Ty's tour also hits TX for shows in Marfa on 1/24 at Padre's and Dallas on 1/26 at Sons of Hermann Hall. All Ty Segall dates are listed at BrooklynVegan.

OBN III's also open the only two currently announced shows for Ty Segall's new band Fuzz, which are in California, and they play a bunch of other shows over the course of the next few months, culminating in their slot at this year's 35 Denton Festival in Denton, TX, which runs from March 7 - 10. OBN III's play on 3/9. All of their dates are listed below.