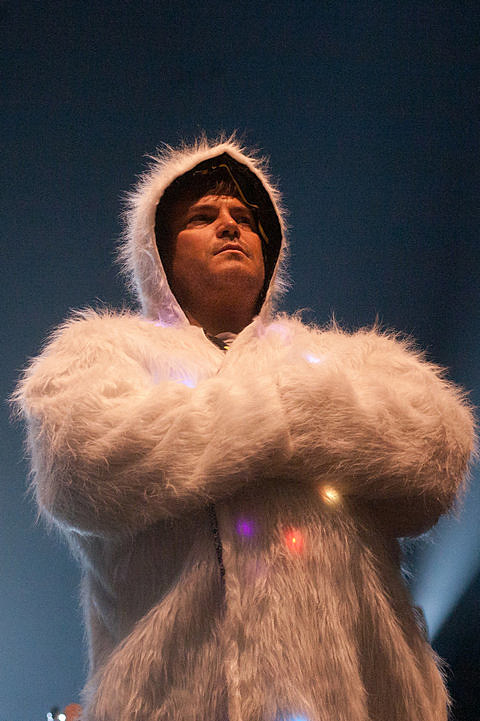 "Monday evening in downtown Austin, things were shaping up for a visit fit for a president.

The Austin Music Hall downtown was abuzz with activity as businesses brought in tables, chairs and other items hours ahead of a visit by President Barack Obama.
The president will be in Austin for two fundraisers; the first a ticket event at the Austin Music Hall at 5:45 p.m.

President Obama will then move on to a private fundraiser at the Four Seasons Towers on Cesar Chavez.

Local and Federal authorities are warning drivers about a potential impact to traffic due to security.

While the U.S. Secret Service isn't saying exactly what route the president's motorcade will take from Austin Bergstrom International Airport Tuesday, we know that most downtown streets especially Lavaca, Second, Third, Guadalupe and San Antonio Streets will all be impacted to traffic in some way." [KVUE]

Tenacious D take over Austin Music Hall on Thursday, though it is now sold out, which is much better than cancelled since the venue is now being run by the bank that repossessed it.