Morrissey plans to skirt the border of Texas in 2012 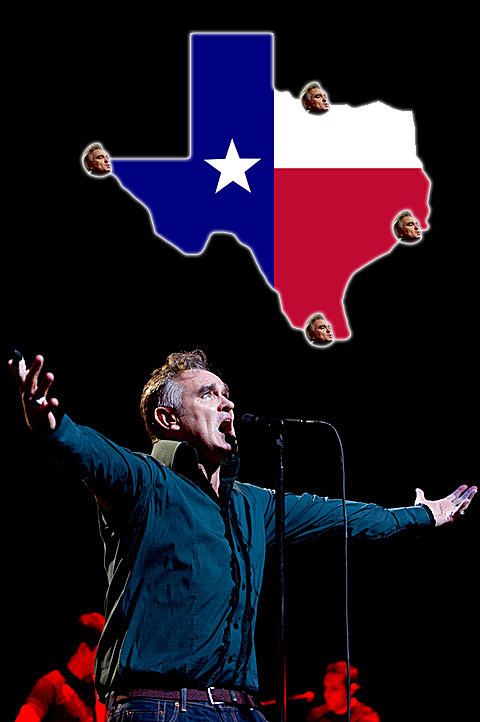 As we reported on BrooklynVegan a little more than a week ago, Morrissey is heading back out on the road for an extensive world tour. There are currently at least 35 U.S. dates, including 4 in Texas (Austin sadly isn't one of them, though he was just here at Bass Concert Hall in November of 2011).

At the end of November 2012 he will work his way around the Lone Star State with stops in El Paso's Tricky Falls Theater, Wichita Falls' Kay Yeager Coliseum, Pharr's Events Center, and Beaumont's Jefferson Theatre. I'm not sure if he's trying to send a message, but as you can see in the image above, all locations are as close to being 'not in Texas' as it gets.

If you're in Austin and thinking about taking the drive - some rough numbers from Google Maps (driving from Austin):